Sunflower van Gogh – The story behind a masterpiece

Are you a big lover of paintings… and flowers? Click here to book your tickets!

Vincent van Gogh was born in 1853 in the village of Zundert – Holland. In 1869 he started as a clerk in an art trade from his uncle. He worked there for seven years and sometimes he had to go to another branch in London or Paris. At the age of 28, he began seriously with drawing and painting.

In 1886 he goes to Paris. In 1888 he moves to the southern French town of Arles. There he is often visited by his friend Paul Gauguin. Vincent Van Gogh was mentally ill. After his hospitalization for four months, he goes to Saint-Rémy-de-Provence, where he lived in a mental hospital and only painted landscapes. One of his most famous paintings of this period was “Starry Night “. 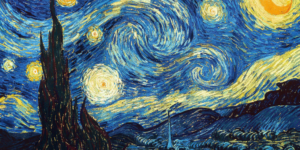 Vincent van Gogh made four still lives of faded sunflowers. Later, he made three copies and one of them can be admired in the Van Gogh Museum in Amsterdam.

The painting is painted with oil on canvas and especially brushstrokes of paint. The Sunflower van Gogh is painted against a yellow background making it almost monochrome (one-coloured). Especially the colours yellow, ocher and brown are used. The depth is created by placing the flowers behind each other.

Can’t wait to admire the paintings up close? Book your tickets here! 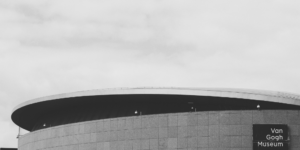 Where you can admire the famous Sunflower van Gogh paintings  :